Most historians acknowledge that the origin of the modern threaded bolt dates back to the 15th century, the unthreaded bolt to the Roman times, with the most significant developments occurring over the past 100 – 150 years.

While there was independent development of the bolt in both Europe and The United States, World Wars I and II proved the necessity to have some consistency, and in 1948 Britain, Canada and the U.S. agreed upon the Unified thread as the standard.

Over the past 35 to 40 years, raw materials and strength testing have become more sophisticated as bolts take on more and more importance in their application in critical industries: power generation, infrastructure/bridges, original equipment manufacturing (automobiles, aircraft, trucking, etc.) and others where safety becomes a serious factor.

Thus, “steel” bolts have evolved in application to include other metals such as stainless, chrome and nickel alloys.

As both a custom OEM manufacturer and a national distributor with over 15,000 SKUs in stock, these are the most common types of bolts that will be found in the industrial marketplace: 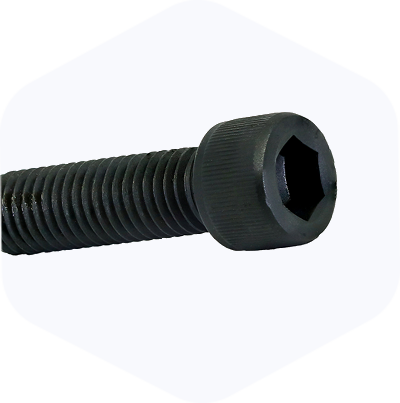 Anchor Bolts, or “anchors”, secure a piece of equipment to a concrete foundation.

A Carriage Bolts is a flush mount domed shaped bolt, self-locking due to a square section under the head that fits into a corresponding square cut hole. 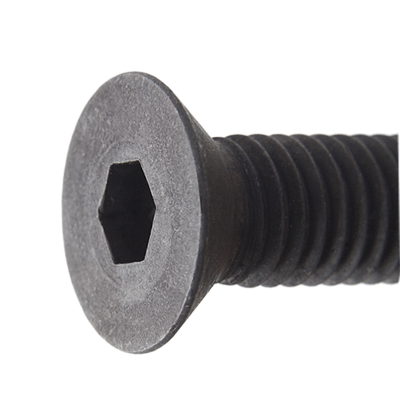 An eye bolt showcases a full or partial loop in place of the bolt head, used for lifting or the routing of cable or wires.

A hexagon head bolt, or hex bolt, is the traditional bolt one envisions when hearing the word bolt. The Hex bolt has a hex head used for tightening with a wrench or socket. A hex bolt generally has an unthreaded shoulder. (If the hex bolt is fully threaded it may be called a “tap bolt.)

A Penta Bolts has a 5 sided Pentagon shaped head security bolt, which tamper resistant, that cannot be loosened by typical hardware store tools.

A Socket Head Bolt, often called a Socket Cap Screw, are machine bolts with a cylindrical barrel shaped head containing a hexagonal socket. Socket Head Bolts are often used with the head recessed within a counterbored hole, leaving the end of the head flush with the surface of the part being fastened.

A Square Head Bolt is simply a Hex Head Bolt, but with a four sided head.

Stud Bolts are externally threaded fasteners without a head. The Stud Bolt is used with 2 nuts on either side, and are used mainly in flanged connections. The Stud Bolt can be found in piping installations in the industrial marketplace.

T Head Bolts feature a T shaped head that is inserted into a slot or recess. When the securing nut is tightened, the bolt is prevented from tightening.

A U Bolt features a bent designed shaped into a “U” with partial threads on each end. U-bolts have primarily been used to support pipework, pipes through which fluids and gasses pass. As such, U-bolts were measured using pipe-work engineering speak. A U-bolt would be described by the size of pipe it was supporting.